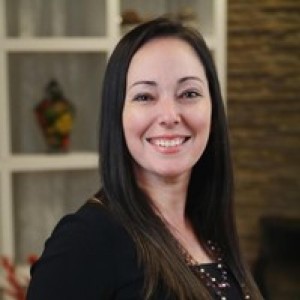 Disclosure: This post may contain affiliate links.  As an Amazon Associate, I earn from qualifying purchases. For more information, please read my Earnings Disclaimer.

Jump To A Section:

In this video, I bring on my special assistant, and I unbox, LIVE, everything that comes in the Silhouette Cameo 4 Bundle from Swing Design.

Save money on the Silhouette Cameo 4 with a Swing Design Bundle.

Check out the EXACT bundle I purchased from Swing Design below and everything that comes inside.

It has absolutely everything you need to get started with a Silhouette Cameo 4.

I got everything I wanted AND MORE… This Bundle from Swing Design is A-MAZ-ING and I highly recommend it.

Supplies needed for these projects:

Did you love this? Pin an image to save for later.

Do you have any questions about the Silhouette Cameo 4? Leave them in the comments below and I’ll do my best to answer them quickly!

You might also like my beginners tutorial on using a heat press and heat transfer vinyl to personalize a store bought makeup bag.

Prefer to read? Check out the video transcript.

Hey guys, welcome to my crafty space. I am showing you today my unboxing of the Silhouette Cameo from Swing Design. Before I open that up and start unboxing, I want to introduce you to my special assistant.

Hi, my name is Milani and this is, my mom Lisette and I’m pretty sure you guys already seen her a few weeks ago. So let’s get started.

Alright, so we got this on Wednesday, right? Yeah. And this is (No, you can’t use the box cutter) We’ve been waiting to unbox this so that we could share with all our YouTube viewers. And this is the first time, this exactly how it came. First time we’re opening it up.

What’s inside the Silhouette Cameo 4 box?

So right now here’s the Cameo and then here are some items from Swing Design says congratulations on your purchase. I thought everything was going to be in the box, but they might not be. Okay. What does this look like?

This says 50 design files and guides and it has a link. I won’t give it to you because I think it’s for purchases only, so that’s fine.

This is the second card.

This is the Silhouette card. It has the label on the back, and, and my mom’s going to read it for me. It says join join these Facebook groups for some community and talks about the Swing Design shop.

This book says its the “Ultimate Silhouette Beginner Guide to Vinyl” that also came in that bundle.

Okay, we’ll put that one here too. And then this says, Club Silhouette, 30 day membership. So you see, you get a lot of little memberships to different groups and different Silhouette resources.

So this tells you how to get your User Guide to access your Cameo 4 class online. Save on some Siser Heat Transfer Vinyl.

Don’t forget to smash the thumbs up and click the Subscribe button to watch more videos. Yes! You’re the best marketer.

Now we’re going to open it and see. Let’s turn it this. There are the pictures. It has all these ideas of projects you can do.

What can you use Silhouette Sketch Pens for?

These are the sketch pens and they go in the Silhouette Cameo 2, 3 and 4. Now they can be used with an adapter. They are amazing for drawing on paper.

My favorite is to draw like on craft paper or on gift tags. I forgot that this bundle came with a set of sketch pens because my wonderful husband bought me a set when he bought me the Cameo 3 for Mother’s Day. So now we have a second set. Alright, what else is in there?

Okay, so this is the Orcal 651 adhesive vinyl that we were expecting. So that’s awesome. We’ve got some transfer tape.

It’s a little Silhouette Spatula. She’s right. We do already have one. Okay and so yes it’s but it’s always nice to have a backup

And what’s all that. These are the things for it. This is a plug and we are going to put it upstairs and that’s where our Silhouette machine is going to be. Okay. We’ll open that bag in a second.

What does the Silhouette Pixscan Mat do?

This is the Pixscan mat which was part of the bundle that I bought with Swing Design. This is actually one of the things I’m looking forward to the most because I print and cut a lot of stickers and not always do the stickers that I find online come with registration marks and sometimes you have to make a lot of changes to get the registration marks to to print and cut correctly. With this mat you don’t need to do the registration marks, you can just print off of a PDF and so I will have some upcoming tutorials on how to do that with the Silhouette Pixscan mat

Does the Silhouette Cameo 4 come with a new cutting mat?

Yes. So this is the Silhouette 12 x 12 cutting mat. It’s the Cameo mat. What’s different is they do have quarter inch grid lines. The other mats just have one inch grid lines. And so this is kinda nice for being able to line up all of your stuff

Okay. So these are more tools. So basically this was like a little toolkit, all Silhouette stuff, a scraper, a hook and the spatula that came with the bundle and you have your power cord

And these are the instructions to use it. It says download your software guide, free content and subscription visit Silhouette America.

Yes. This is the Silhouette machine. The final thing. And after that we are going to open all the stuff and then show them to you and then that’s it.

Well we’ll open up this baggie after that and we’ll talk about what’s in there. You grab the the box, put it on the floor. All right, ready? Go. I have such a good helper.

One of the things I love that Silhouette has done, on my Cameo 3, I just literally took the top off the hinges and it leaves it kind of open so that you can work on it, but it also leaves it open to dirt and dust. On this machine they have made the lid retract to the back. Which is really cool because when you’re done you can just go ahead and close it and when you’re using it you can just open it up.

Don’t forget to do this before using your Cameo 4!

One of the biggest things that people have a problem with when they’re unboxing this is they leave a piece of tape or something. What I like to do is go ahead and go through the whole machine, look for all of the the blue tape.

In here, there’s little pieces of cardboard and when the machine doesn’t behave the way you think it should right at the beginning it’s typically because there’s something like this inside.

I think you can still see it in the shot. So I haven’t read the manual, but I’m thinking it’s something like this and you go ahead and you just put your vinyl roll on there. We’ll read the manual and figure out how to do that.

What accessories come with the Cameo 4?

So in here you’ve got your new auto blade. This is a one-touch auto blade. And so it’s not going to do the tapping multiple times to reset. It’s going to just click one time according to your settings in Silhouette Design Studio. I haven’t tried that yet, but I am gonna try it for you guys.

What Adapters are included with the Cameo 4?

So these adapters, the box actually tells you the black is a standard ratchet blade adapter, the gray is the deep cut blade adapter.

I don’t use my auto blade that much because I just am used to using the ratchet blade. But I’m going to try using the auto blade and see how that goes. And then the carriage in here is different than usual than what we’re used to because I’m used to using the same carriage with the same function, the same functionality except for carriage one in the Cameo 3. You can only put the auto blade in that one. But you can use ratchet blades in both or a sketch pens or anything like that. With this machine (the Cameo 4) there’s two different motors now driving two of the, the two housings. And so you can only use certain blades in one and you can only use certain blades in motor two and carriage two.

I plan to do the whole manual and the online class. And so I’ll come back and I’ll show you what I’ve learned.

So I hope you like seeing what was inside the box. And we look forward to sharing more of our projects with you. Mila, what’s your favorite thing that we’ve made on the Cameo so far

That we would draw on and it would look pretty. And on the next video we’re gonna on box mall, then the, the [inaudible] pens, the pens, that tools. Yes.

And we’re gonna make some things right? Yeah. Okay. Okay. So let’s say bye and we’ll be back with the next video on how we actually use this and we’ll record the first project I make.

If you like this, give us a thumbs up, hit the subscribe button, and stay tuned for the next video. All right. Thanks everybody, and thanks for watching my crafty space.

The Mega Craft Bundle is back! Volume 11 includes 25 craft packs at an incredible 90% off the Regular Retail Price.

As usual with our Mega Craft Bundles, they include a wide variety of themes and styles – all of which are compatible with your favorite Die Cutting Machine.

Hurry, this offer will end soon!

Where can I get Free SVG Cut Files?

I decided to create a FREE printable PDF filled with my favorite 75 blogs and websites on the internet that I’ve found over the five years that I’ve been using silhouette machines to download free SVG files for your Silhouette or Cricut cutting machines.

Grab the free PDF download for 75 sites to download FREE SVG Cut Files instantly by filling out the form below.

What do you think? Leave your comments or questions below, and I'll be right back to answer them. 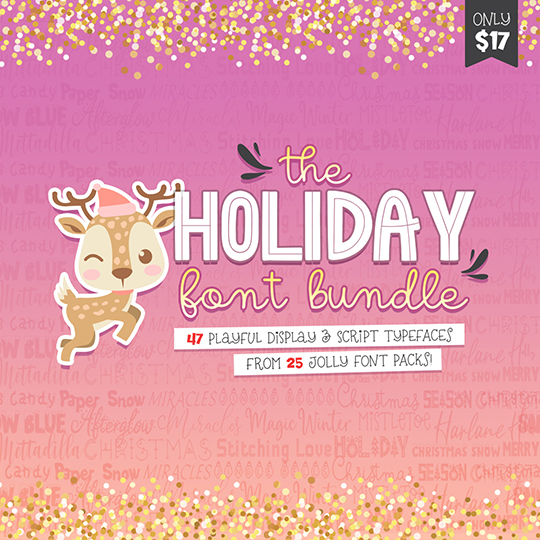 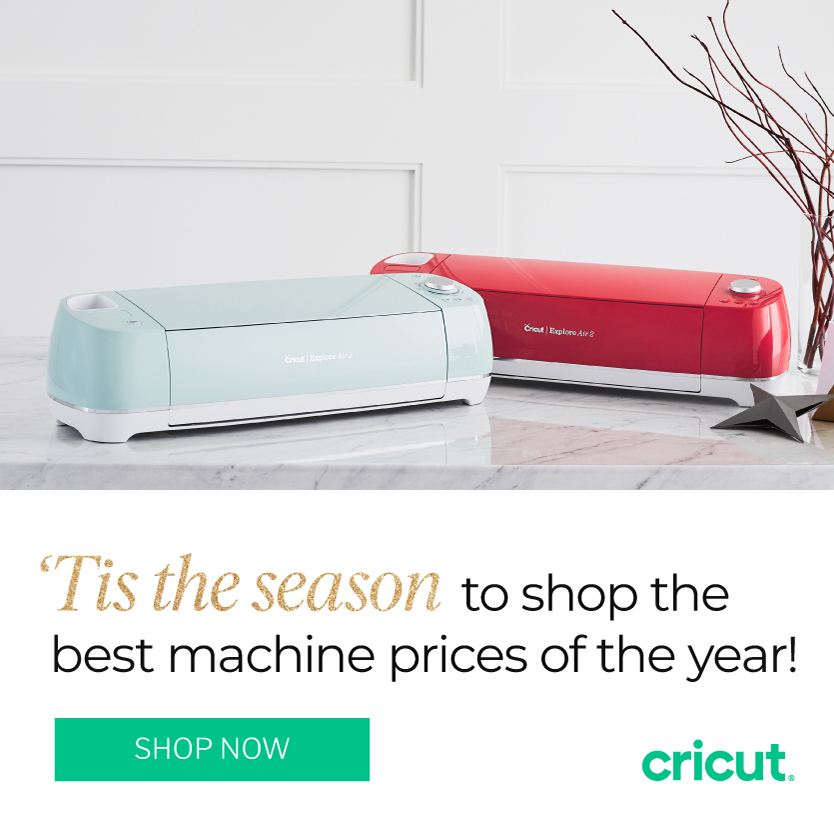 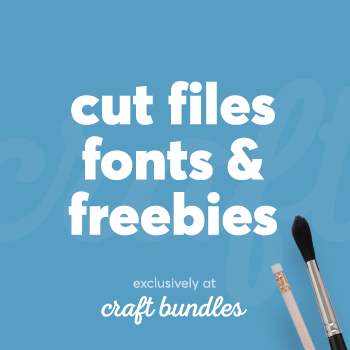 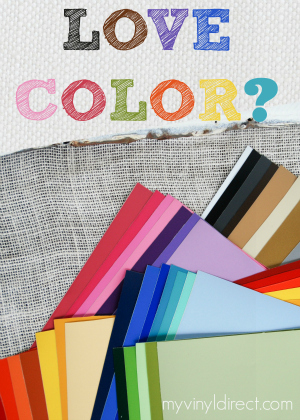 All contents of MyCrafty.Space blog is protected under copyright. If you’d like to share, you are permitted to use a single photograph and a summary of a single post with a direct link back to the MyCrafty.Space post. All copyright, trademark, impersonation and intellectual property violations will be subject to legal action.

sign up below to save time and Money with crafty tutorials, tips, tricks + Hacks.